Despite Geographic Barriers And Skepticism, This Rural Tennessee College Is Helping Revive Its County 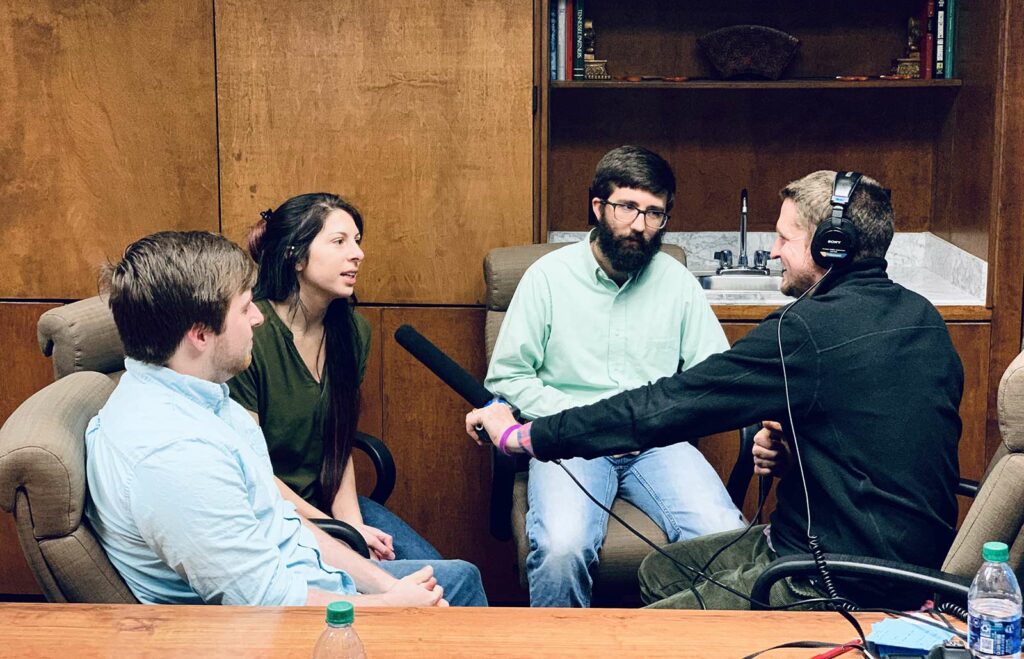 The University of Tennessee Martin is tucked in the buckle of the Bible Belt, in a little nowhere city of 10,543 — about one third the population of Natick, Mass. On Main Street, freight trains clatter and screech. Bound for someplace else, they cut through the economically weak city, which was once much stronger as a maker of things.

Still, Amie Newman, who’s from just outside Nashville, said UT Martin was the first and only stop on her college tours. “I fell in love with the campus because it’s so quaint and small,” she said.

Seventy percent of the students on campus come from the surrounding area. Two-thirds of all applicants get in. There are no country club sports on campus. Instead, the university touts its rodeo team as the only one east of the Mississippi.

Newman studied computer science, assuming, after she graduated, that she’d have to move back to Nashville.

“I was like, ‘Oh, software technology? Gotta go to the big city,’” she said, laughing. “That’s where you think of all the big companies that first come to mind are.”

While a majority of Republicans nationwide say colleges have a negative effect on the country’s future, students, administrators and local leaders here in the heart of Trump country are finding salvation in higher education — and technology. Full-time freshman enrollment at UT Martin is up — nearly 25 percent — over the past three years.

“When you think about recruiting a student to come here … you’ve got to get their attention,” said Chancellor Keith Carver. He drives around campus in his Jeep, taking selfies with students while wearing cowboy boots and a bow tie. He describes himself as a perfect mix of country and academics.

With 900 faculty and staff, UT Martin is by far the top employer in Weakley County, Tenn., which overwhelmingly supported Donald Trump four years ago. Over the past 10 years, the county in northwestern Tennessee has shed dozens of companies and thousands of jobs, including more than 2,200 overnight in 2011 when the Goodyear tire plant in Union City shut down abruptly.

“But also, there’s soft ends on that absorber and there’s a push back,” Carver said. “We’re nimble enough and small enough to where we’ve got to pivot and really address what’s going to help bring in the new Goodyear.”

One way UT Martin is trying to pivot is by partnering with companies committed to bringing jobs back to rural Tennessee.

“Most people just assume that you have to do [software] development work in those large metro areas and on the coast, and it’s just really not true,” said Lee Farabaugh, co-founder of Core 10, a Nashville-based software development company that Carver convinced to open an office downtown last spring.

“There’s tons of smart, talented, hardworking people in towns just like Martin all across the U.S.,” Farabaugh said.

Her company’s commitment to reinvesting in local communities like Martin is bucking a national trend. A study by the Brookings Institution and the Information Technology and Innovation Foundation published in December found just five cities — Boston, San Francisco, San Jose, Seattle and San Diego — accounted for more than 90 percent of new jobs in the innovation sector between 2005 and 2017.

Atkinson said America’s geographic divide is getting worse. “If you’re born in a particular place that is disadvantaged economically, it’s going to be harder for you — on average — to thrive than if you’re born in Kendall Square [in Cambridge, Mass.,] or Palo Alto in Silicon Valley,” he said.

“Helping local businesses be able to better use and understand technology,” Atkinson explained. “Helping to train really good workers that might stay locally and help contribute to creating new kinds of jobs and new kinds of companies.”

Local state and political leaders are banking on that idea.

“When we look right now at the number of Tennesseans with a college degree, if you were to map that, it turns into a rural and urban map,” said Mike Krause, executive director of the Tennessee Higher Education Commission.

He said UT Martin administrators are managing to bridge a skepticism gap about college.

“Everybody knows somebody that went to college, accrued debt and didn’t graduate,” Krause said. “They’ve really managed to convey a message that, first off, this institution is incredibly affordable, and if you’re a low-income Tennessean, you’re going to get $6,200 worth [from] a Pell grant and the university’s [tuition is] $9,000, so you are two-thirds there on day one.'”

Jake Bynum, 33, the county’s Independent mayor, graduated from UT Martin. “Everybody, nearly, that I know with a college degree is a product of the university,” he said.

While unemployment in the county is low, the neighborhood surrounding Bynum’s office inside an old courthouse is riddled with foreclosed and abandoned properties. There’s a struggling middle-class — mostly white and African-American — worried about increasing poverty. A third of the city of Martin’s residents live in poverty.

“Certainly, we have our challenges making sure that people are getting the right credentials in order to do the jobs that are demanded and do jobs that have a living wage,” Bynum said. “Underemployment is a huge issue.”

On tough days and nights he can’t sleep, Bynum finds hope in the university.

“It creates this product of an educated workforce that allows us to have an opportunity to employ people that not every community in rural Tennessee has,” Bynum said.

Downtown, at the software company, UT Martin graduate Amie Newman is now earning more than the average family in the county. Her senior year, the company hired her and four other computer science majors.

“Being able to use my degree and develop software and do what I get to do and actually stay in a small town where I’ve lived for so long, I love that opportunity,” she said.

The 25-year-old and her fiancé have bought a home in town and are planning to raise their kids here. She said, sure, they occasionally feel tempted to pick up and move to the big city, but that feeling is fleeting.

“Every once and a while, we get to visit the main office [in Nashville] for meetings,” Newman said. “And that traffic and just the expenses — everything just reminds me how lucky we are to be here in a small town.”

Newman said she wishes rural students were more of a priority for American colleges — and policymakers.

“Out here, we don’t make headlines as quickly,” she said. “We’re not as flashy. But I think we matter just as much.”

The original WGBH article and radio broadcast by Kirk Carapezza, @KirkCarapezza can be found here. 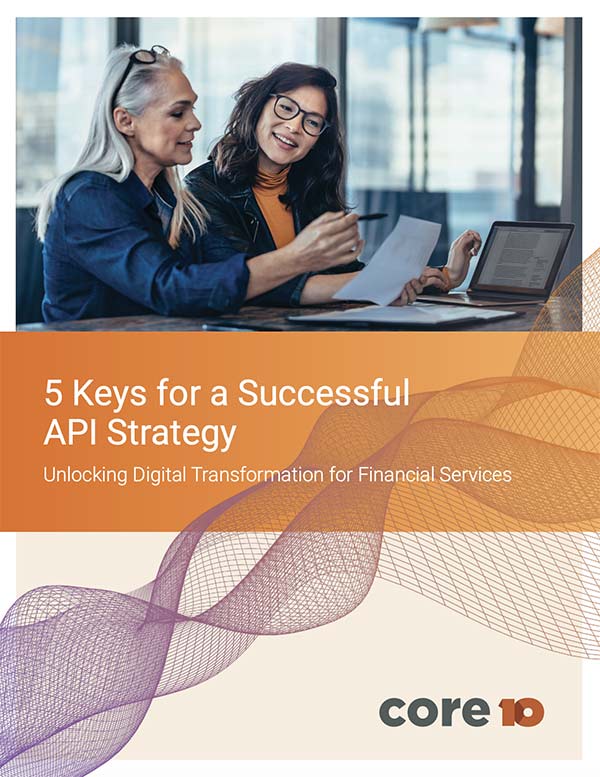 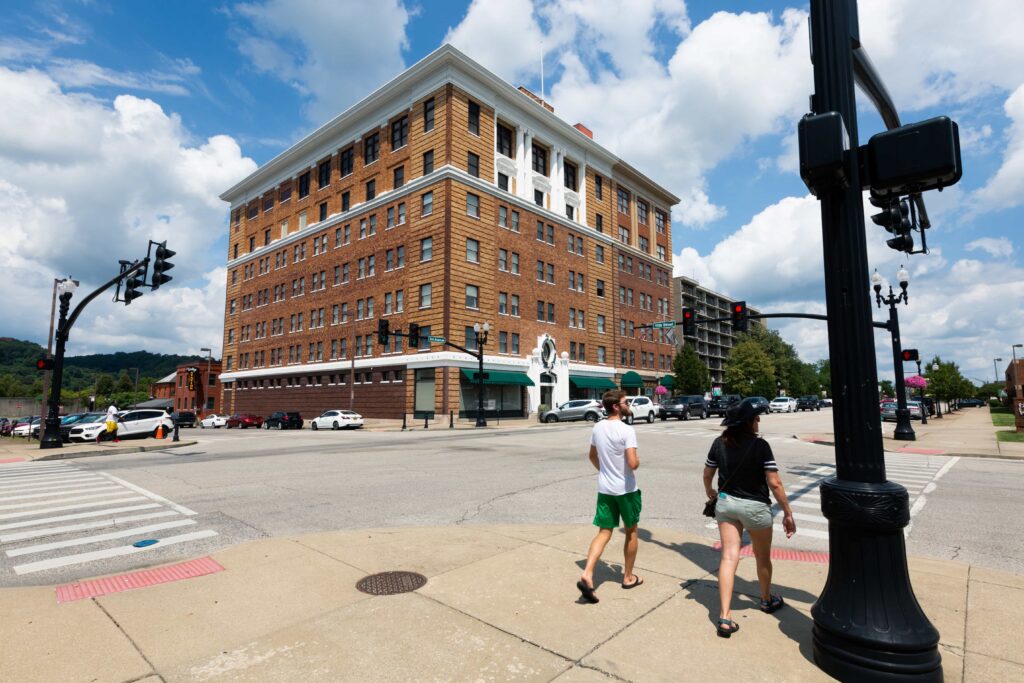 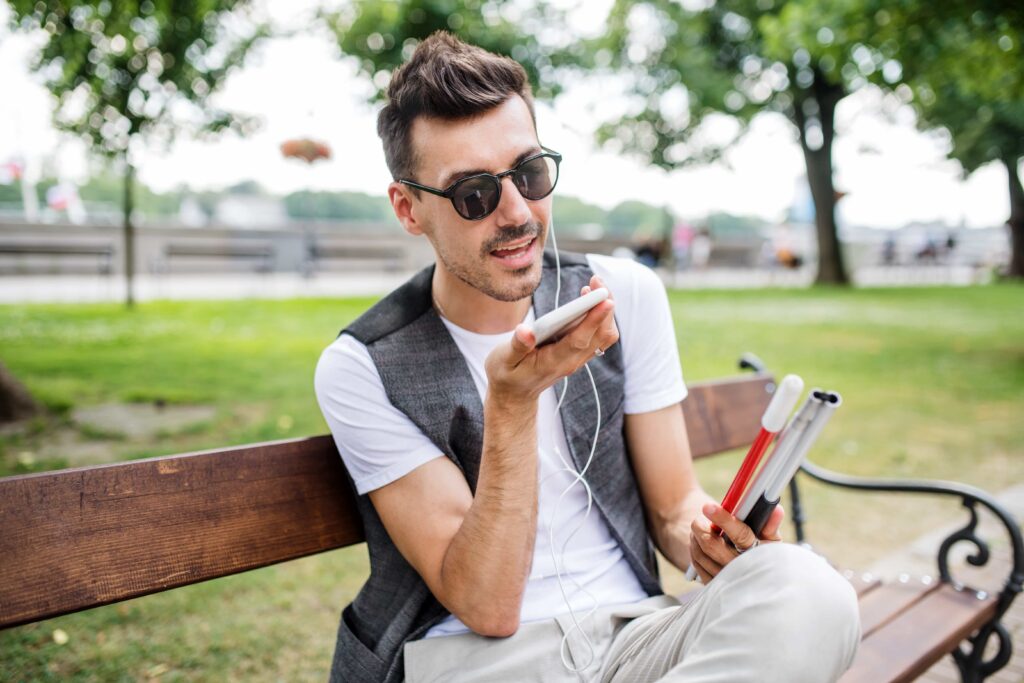